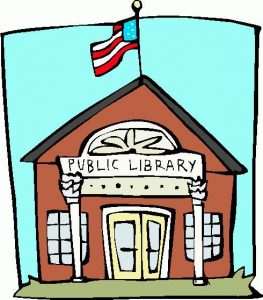 Hopefully soon, the library will be able to open our doors and the world will approach something a little closer to normal. Until then, we are still here to serve you through our porch pickup service. Items can be ordered online or by phone, and faxes, copies, and notary service can be accessed through porch pickup. Items can also be borrowed from other libraries through interlibrary loan. If you are not sure what you would like to read, we would be happy to help you make selection. Patrons with a valid library card can access eBooks and eAudiobooks on the Cloud Library app 24/7. Call 618-378-3713 or go online at ncpp.illshareit.com to order items.

NEW BOOKS:  This week’s featured children’s book is “Otto Tattercoat and the Forest of Lost Things” by Rosanne Perry. In the city of Hodorf, the Tattercoats live by a strict code. Only steal what you need, don't leave a trace of yourself behind, and if another Tattercoat is in trouble, you must always help them out. These are the rules that guide Nim's life as she and her rat, Nibbles, live on the streets and the rooftops of the only place she's ever called home. So when a new boy named Otto comes to town and gets caught up in the devious plottings of a former Tattercoat who's fallen from grace, Nim takes it upon herself to come to Otto's rescue. But Otto isn't the only one who needs help: The days in Hodorf have been growing progressively shorter and darker since the legendary sundragons went extinct. The air is getting colder, hope is waning, and it won't be long until the freeze grows so bone-deep that the chimneys the Tattercoats use for warmth at night will no longer suffice. With things growing more dire, Nim sets off into the murky woods surrounding the city, searching for Otto--and for answers.

“The Forever Girl” by Jill Shalvis. When Maze returns to Wildstone for the wedding of her estranged BFF and the sister of her heart, it’s also a reunion of a once ragtag team of teenagers who had only one another until a tragedy tore them apart and scattered them wide. Now, as adults together again in the lake house, they find there are secrets and resentments mixed up in all the amazing childhood memories. Unexpectedly, they instantly fall back into their roles: Maze their reckless leader, Cat the den mother, Heather the beloved baby sister, and Walker, a man of mystery. Life has changed all four of them in immeasurable ways. Maze and Cat must decide if they can rebuild their friendship, and Maze discovers her long-held attraction to Walker hasn’t faded with the years but has only grown stronger. Can one wedding heal the rifts of the past?

“The Scorpion’s Tail” by Douglas Preston and Lincoln Child. (Nora Kelly #2) A mummified corpse, over half a century old, is found in the cellar of an abandoned building in a remote New Mexico ghost town. Corrie is assigned what seems to her a throwaway case: to ID the body and determine cause of death. She brings archaeologist Nora Kelly to excavate the body and lend her expertise to the investigation, and together they uncover something unexpected and shocking: the deceased apparently died in agony, in a fetal position, skin coming off in sheets, with a rictus of horror frozen on his face. Hidden on the corpse lies a 16th century Spanish gold cross of immense value. When they at last identify the body -- and the bizarre cause of death -- Corrie and Nora open a door into a terrifying, secret world of ancient treasure and modern obsession: a world centered on arguably the most defining, frightening, and transformative moment in American history.

“Saving Justice” by James Comey. James Comey might best be known as the FBI director that Donald Trump fired in 2017, but he's had a long, varied career in the law and justice system. He knows better than most just what a force for good the US justice system can be, and how far afield it has strayed during the Trump Presidency. In his much-anticipated follow-up to A Higher Loyalty, Comey uses anecdotes and lessons from his career to show how the federal justice system works. From prosecuting mobsters as an Assistant US Attorney in the Southern District of New York in the 1980s to grappling with the legalities of anti-terrorism work as the Deputy Attorney General in the early 2000s to, of course, his tumultuous stint as FBI director beginning in 2013, Comey shows just how essential it is to pursue the primacy of truth for federal law enforcement. Saving Justice is gracefully written and honestly told, a clarion call for a return to fairness and equity in the law.

The Norris City Library is located at 603 S. Division Street in Norris City and is currently open for porch pickup Monday thru Friday 11 AM to 5 PM. If you have any questions feel free to call us at 618-378-3713.