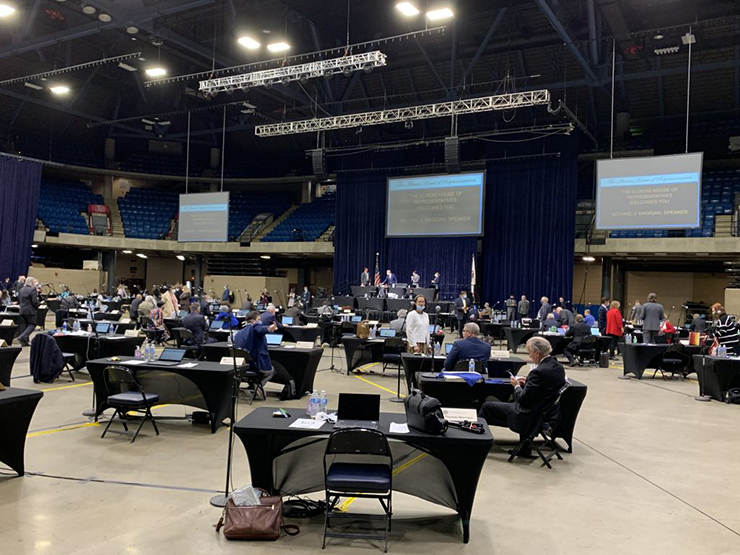 The Illinois General Assembly voted to remove Representative Darren Bailey from the Assembly floor yesterday for refusing to wear a mask in violation of a new Assembly rule. The rule requiring mask-wearing on the assembly floor was passed Wednesday morning with a 91-12 vote. Upon Representative Darren Bailey's refusal to wear a mask during the Assembly, the Illinois legislators voted to evict Bailey from the meeting on a vote of 81-27. The photo below shows the arrangements made for the legislators to meet.

The Assembly is meeting in a downtown Springfield convention center to allow for "social distancing" which  is obviously well in effect.