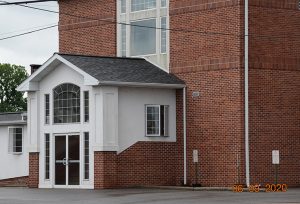 A statement on the status of the county's tax bills from Supervisor of Assessment Terry Abell was read by Chairman Puckett on Tuesday night at the White County monthly board meeting. In it she apologized for not being at the meeting and for the delay in the billing process.

The letter states the total assessed value for White County for 2019 is $270,710,096.00 before exemptions or reductions, which is $19,299,999 higher than the previous year. She will be asking for an expedited reply from the state.

“I want to take this opportunity to apologize to the taxing districts, the citizens of White County and the White County board for the delay in the mailing of the tax bills. I take full responsibility for the late bills.” Abell stated.

Board member Ron McAnulty said “Well, this is the second year in a row, and I don't think we can continue to let it go another year. We gotta have answers and these people have to have their taxes out on time. Something has to be done about her performance.”

Attendee and Carmi Township Supervisor Pam Deig said her office is affected because the township's levy needs to be filed in December and money coming in after the fiscal year is done affects everyone's audits.

“We usually have our computation report by July or August, at the latest. That information is important to us because I have to present the numbers to my board that we are going to levy in December, so the report can be filed by the end of December.” Deig stated.

“It's balanced. Let's go with it.," Member Ron McAnulty said. The board approved the budget proposal.

The regular board meeting convened at 7 p.m. Only Clint Spencer was not in attendance. After the roll call and the Pledge of Allegiance, the minutes of the previous meeting were approved, as was payment of the county bills.
County Clerk Beth Sell reported over 500 ballots have been cast so far in early voting. She has sent out over 1000 mail-in ballots, and 700 have been returned so far.

In other elected officials' reports, Brian Ray said that resurfacing was scheduled to begin on Epworth Road from Maunie to Concord, and he was hoping to get it done this year, but that it was getting too late now. Ray stated he has not heard anything about the Rebuild grant for Sacramento Road, as they were hoping to upgrade the road for the solar farm, but that may not happen either. An application has been put in for a grant for bridge work on Centerville Road. Ranger Power has asked the county to clarify setback requirements on the the solar farm ordinance regarding easements.That will be on the November agenda.

EMA Director Patrick Scates said he was going to need a place to store 9-10 pallets of PPE. Coroner Chris Marsh gave the board a heads up that they may see future billing from Vanderburgh County, IN as he may be using the services of a new pathologist who likes to use the facilities there for autopsies. There will be no change in costs though, he stated.

Chairman Puckett said the 911 Director Julie Irwin has started treatments and it is going well. He asked people to keep her in their prayers.

An amendment and update to the White County Animal Control contract for a pay raise was given approval. Board member Usery stated that Charlie is doing a super job. The board gave its approval to a 15% raise, starting immediately. The current contract ends August 31, 2021. (The budget won't change as revenue will just move around.) He starts receiving $650.00 per month going forward for the duration of this contract.