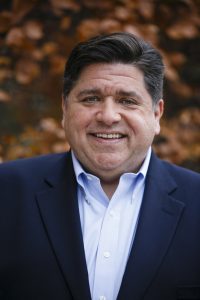 Continues his assault on Liberty

Louisville – According to new media reports, Governor Pritzker is seeking an emergency rule that would result in adding a legal crackdown to his weeks-long economic shutdown of Illinois. State Rep. Darren Bailey (R-Xenia) issued this statement in response:

“The Governor’s proposed rule, “would give law enforcement the authority to enforce the governor's orders during the declared emergencies, including filing a misdemeanor charge against a business that defies the orders,” according to a report by the online news outlet, The Center Square.

The Governor was elected to office in 2018, but the public has been ignored since he began these series of Executive Orders.

How long will the Governor be able to rule by Executive Order and Emergency Rule? The rest of the year? Through 2021, or 2022 when he is up for reelection? Or, until he gets tired, gives up and heads to his $12 million horse farm in Florida?

More than 4,100 Illinoisans have died as a result of this virus. One death is one too many. The Center Square report indicates half of the Illinois fatalities are in nursing home type settings. Yet, the entire state is supposed to live under a blanket statewide shutdown, with a million fellow Illinois citizens unemployed as a result. I guess they’re just collateral damage. We can only assume by the governor’s own action and attitude, free American citizens are just supposed to shut up and do as we’re told.

The Minutemen threw off the tyranny of the King of England, and during our 240-plus years of history, many thousands of military personnel sacrificed and gave their lives to defend our Liberty from those who sought to rule us by force.

With our fellow citizens and the growing support of local and state elected officials from across the state, we must continue acting in unison and pledge not to give up the fight to restore the government’s proper role in our lives as a servant rather than a master.”