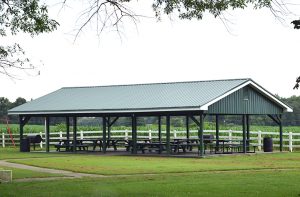 The picnic shelter at Boyd park has gotten a new clean look. Photo by Kathy Sands

Mayor Roy Kissel asked the Norris City village board members on Monday night for possible names to fill the vacancy recently created by the death of Carl Whipple, stating he has 60 days to make an appointment. After that, the board has 30 days to accept or reject the nomination. Mayor Kissel would like to submit his recommendation at the next meeting. The appointment would serve until the 2021 Spring election. The Mayor stated that his preference would be to have someone who would run for the seat in that election.