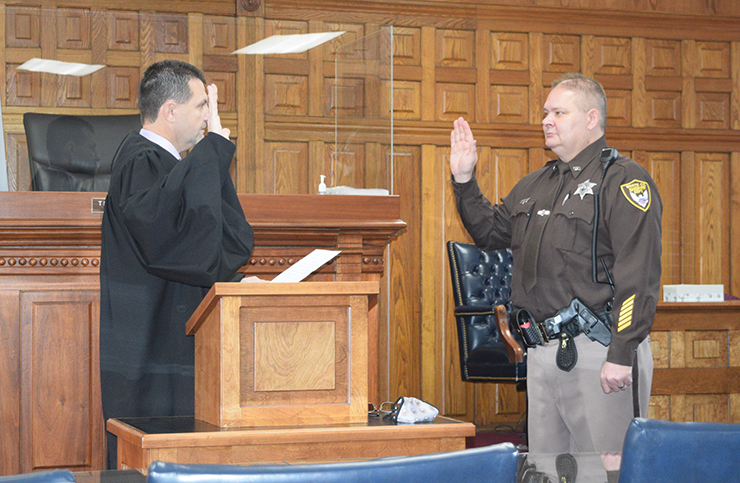 Starting today, White County has a new Sheriff in Randy Graves. Graves was sworn in this morning after receiving the approval of the White County Republicans and the White County Board as Sheriff Doug Maier announced he would be retiring by March 1. A retirement party was held this weekend in Maier's honor.