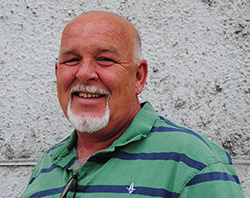 I always try to understand people, even though I probably ain’t smart enough to really understand. Most of the time I don’t get politicians, because their behaviors don’t make sense.

I had one of my famous, or infamous, epiphanies recently. Our governor Pritzker has gone off of the deep end. He and his false prophet, the Chicago mayor, seem to have left sanity behind for some maniacal attempt at world domination. They’re almost as cartoonish as the animated show, “Pinkie and the Brain,” but I can’t identify if either has a brain.

Charlie Melton can be reached by emailing him at geezer.rocker@gmail.com or writing him at P.O. Box 378, Norris City, Il 62869. Other warranties may apply if you look it up on the internet.