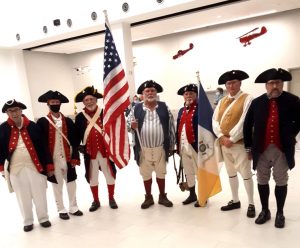 At 8 p.m. on that date, Honor Flight No. 7 arrived at Veterans Airport, west of Marion, Illinois. This was the first Honor Flight from this airport to make the trip to Washington, D. C. since 2019. Twelve World War II veterans who had been scheduled to go to Washington, D. C. died between 2019 and the time of this flight. This Honor Flight had twelve World War II veterans and 75 veterans of the Korean and Viet Nam Wars on it, for a total of 87 veterans. END_OF_DOCUMENT_TOKEN_TO_BE_REPLACED 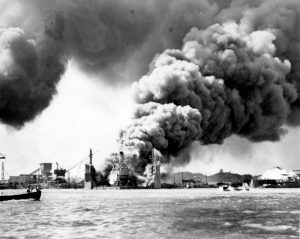 In December 1941, my parents and I went to East St. Louis to visit a sister of Dad’s and her husband. They had the radio on. The announcer interrupted the program for a special announcement from the President, Franklin D. Roosevelt. President Roosevelt announced that the Japanese had attacked our naval base at Pearl Harbor, Hawaii. He said “December 7, 1941 is a date which will live in infamy.” I became age 4 in December 1941, but I will always remember this. END_OF_DOCUMENT_TOKEN_TO_BE_REPLACED 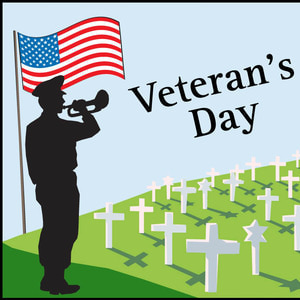 World War I, also known as The Great War that was supposed to end all wars, ended when major hostilities ceased at the 11th hour of the 11th day of the 11th month of 1918, when the armistice with Germany went into effect. END_OF_DOCUMENT_TOKEN_TO_BE_REPLACED

Elizabeth Joiner Eichem was born in Kentucky October 18, 1921. Those days were difficult for everyone. The economy was in shambles and many families were living on farms. When Pearl Harbor was attacked, the entire country sprang into action. Evansville, Indiana became a manufacturing boomtown for aviation and ship building. One of those companies was Republic Aviation. They manufactured the P-47 Thunderbolt, known as "The Jug" by the pilots who flew her. END_OF_DOCUMENT_TOKEN_TO_BE_REPLACED 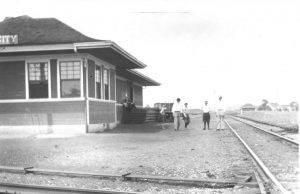 Dairy Days 2021 are fast approaching for the Sesquicentennial of the founding of Norris City. The question has come up a number of times as to where Norris City got its name. END_OF_DOCUMENT_TOKEN_TO_BE_REPLACED 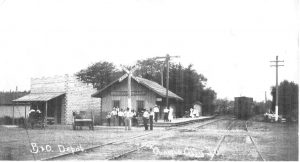 Norris City’s plat was recorded on August 17, 1871.  For more information about that see my article “Norris City Sesquicentennial” in the Villagers Voice dated January 18, 2021. END_OF_DOCUMENT_TOKEN_TO_BE_REPLACED 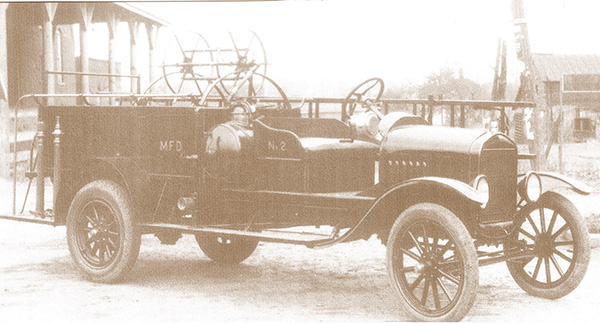 It does not seem like it has been fifty years since Norris City celebrated its Centennial in 1971.  We had a year long celebration starting with Dairy Days in 1970 until the final celebration on Dairy Days in 1971.  Because of the Coronavirus during most of 2020, we did not have Dairy Days in September, so that has shortened our time to celebrate our Sesquicentennial. END_OF_DOCUMENT_TOKEN_TO_BE_REPLACED

My dad, Charles Oliver, and Norris Bruce, father of Carolyn Bruce and Betty Bruce McKenzie, always talked about swimming in Johnson’s Pond.  Dad and Norris were just a few months apart in age (Dad was born in December 1902 and Norris a few months later in 1903).  They were good friends and used to play together and get into mischief together when they were young boys.  One trick they played on Norris Bruce’s dad, Anderson Bruce, got Anderson so mad that Norris went home with Dad and stayed for two weeks, but that is another story. END_OF_DOCUMENT_TOKEN_TO_BE_REPLACED