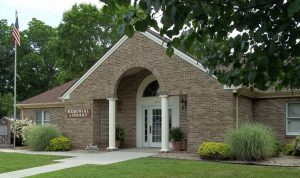 Talk about a win, win situation! Everyone who attends the April Library Book Sale will not only be able to stock up on reading material at unbeatable prizes, they will also be entered to win one of two best-selling books! We are giving away a copy of JD. Robb’s “Shadows in Death”, and James Patterson’s “Texas Outlaw”. Stop by the library and browse our large selection of fiction and non-fiction books If you love history, biographies, gardening, or quilting, this is a sale you don’t want to miss! END_OF_DOCUMENT_TOKEN_TO_BE_REPLACED 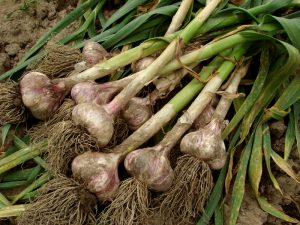 Don’t forget the Library Book Sale! There is a large selection of non-fiction books. If you love history, biographies, or quilting, this is a sale you don’t want to miss!  There will be hundreds of titles to choose from and our unbeatable prices. Everyone who attends this year’s Spring Book Sale will be entered to win one of two best-selling books! We are giving away a copy of JD. Robb’s Shadows in Death, and James Patterson’s Texas Outlaw. Be sure to wear a mask! END_OF_DOCUMENT_TOKEN_TO_BE_REPLACED

The Norris City Quilt Guild met at The Big Red Barn in McLeansboro, on April 6. This was the first meeting for the Guild in over a year due to Covid-19 restrictions. Social distancing was enforced and masks were worn; 17 members and one guest were present. END_OF_DOCUMENT_TOKEN_TO_BE_REPLACED

The staff and the board of the Norris City Public Library would like to send a great big THANK YOU to Banterra Bank for their generous donation! Their gift will help fund this year’s Summer Reading Program and purchase new children’s books. Thank you so much!!!! END_OF_DOCUMENT_TOKEN_TO_BE_REPLACED

The DAR presented him with a glass case containing a DAR Certificate for Valor, Service, and Sacrifice, including his service medals and pictures.  Cooper was also acknowledged for his many hours of work securing funding for the improvement of "Little Arlington." A small reception was held after the program due to COVID protocol.

We are back in business! The library is moving back to regular hours.  Effective Monday, April 5th, our hours will be Monday thru Thursday 12 PM to 7 PM & Friday and Saturday 10 AM to 5 PM. The Enfield Reading Room will be open on Tuesday and Thursdays 12 PM to 3 PM. We require everyone to wear a mask. We are so grateful to be able to fully reopen and look forward to seeing all of you soon. END_OF_DOCUMENT_TOKEN_TO_BE_REPLACED