Law enforcement and the White County Ambulance were called to 417 Hawthorne Drive early Friday morning on a report of a domestic event in progress. END_OF_DOCUMENT_TOKEN_TO_BE_REPLACED 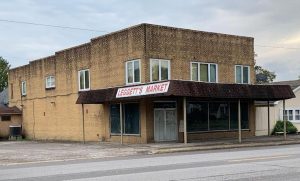 The City of Carmi has purchased the former Leggett's Market building and property located at 703 Oak St. to house the Police Department sometime in the future. The police department plans to move out of the County Jail sometime in 2022, as space has become tight for both the Carmi Police and the White County Sheriff’s Department. Chief of Police Jason Carter said the split is a financial one and not a relational one and that both departments get along very well and are absolutely committed to working together. Remodeling will start on the former Leggett's Market building in the next few weeks after the paperwork and surveying are completed. END_OF_DOCUMENT_TOKEN_TO_BE_REPLACED

On 07/07/21 at 10:20 a.m., Carmi PO arrested Dale Mclain, 47 of Carmi, on charges of Criminal Damage to Property, Home Invasion and Violating an Order of Protection. Dispatchers received a call stating that Mclain had gone to a residence on Slocumb Street and kicked the bottom half of the front door completely off and entered the residence where two individuals have an Order of Protection against him. Mclain then fled on a bike where he was located by police in the 200 block of Sixth Street and placed under arrest. Later in the day,Officers responded to 510 Sycamore Street on a report of several items left in a house currently unoccupied. Some items were identified as being Mclain's, with other items identified by Mclain's relatives as their property taken by Mclain. He was additionally charged with Criminal Trespass. A report of Mclain kicking in a relative's door around 9:30 a.m. was also made, however,no formal complaint has been filed at this time on that incident.

At 10:58 a.m. Thursday, June 24, officers with the Carmi PD and the White County Sheriff’s Department responded to the corner of Shipley and Fifth Streets in Carmi to serve arrest warrants on Dustin L. Acord, age 39, and Larry R. Tyree, age 32, both of Carmi, who were inside a camper on the property. Both men were taken into custody. END_OF_DOCUMENT_TOKEN_TO_BE_REPLACED

A traffic stop was conducted yesterday on airport road after the officer observed Elijah R. Locher, 35 of Crossville, whom he knew to have a suspended license, driving eastbound on Main St. As a result of the traffic stop, Locher was charged with Driving While License Suspended, Possession of Methamphetamine, Unlawful Use of Property and Unlawful Use of Weapon after methamphetamine and a loaded firearm were found in the vehicle on his person. END_OF_DOCUMENT_TOKEN_TO_BE_REPLACED

Carmi police on Thursday observed Larry R. Tyree, 32 of Carmi, driving on Sycamore Street and knew that he was wanted on a warrant out of Washington County, Ill. Tyree was stopped and arrested at Sycamore and Fourth at 8:30 a.m. The warrant was for Failure to Appear on a traffic offense. Bond was set at $500 cash. END_OF_DOCUMENT_TOKEN_TO_BE_REPLACED

Robin A. Kingery, 33 of Carmi, was arrested for Driving While License Suspended (DWLS) on April 28. She was also cited for Possession of Cannabis in a Motor Vehicle and charged with Possession of Meth and Unlawful Use of Property.

The alleged owner of the vehicle, Audrey L Capps, 33 of Omaha, arrived on scene and was arrested for Possession of Meth and charged with Unlawful Use of Property. 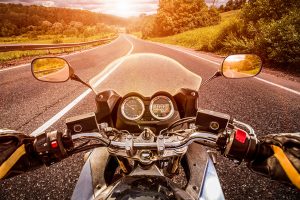