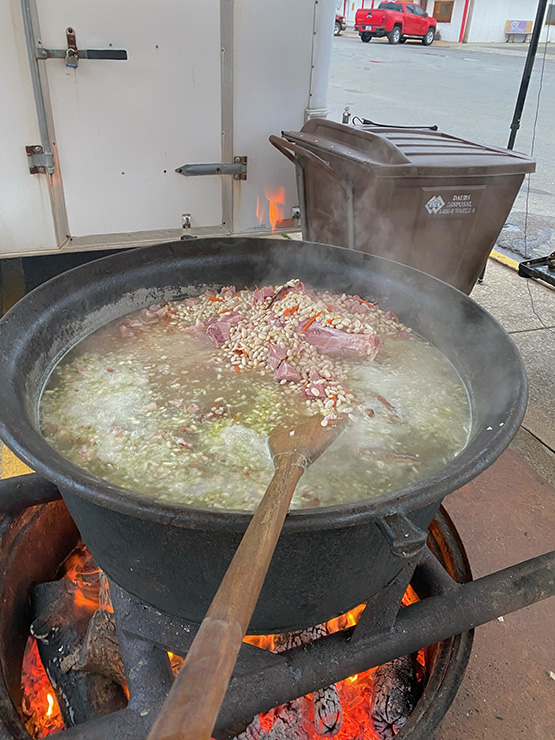 Despite a drizzly, dreary day, Norris City's annual Ham and Bean Day went forward on Saturday. John Schofield cooked the ham and beans over an open fire in a huge cast iron kettle and vendors set up in the Banterra Bank parking lot. Hot dogs, lemonade and homemade cornbread was also served. The senior class raised $1000 on their bake sale, in spite of the weather which might have kept a few from attending. John Schofield's crew packaged 100 ham and bean meals for shut ins that were delivered in Norris City and Carmi.