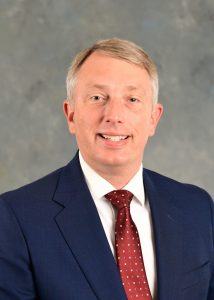 On Tuesday night in the final hours of the 102nd General Assembly’s Lame Duck Session, Governor JB Pritzker signed HB 5471, amended legislation that bans the manufacture and sale of dozens of commonly used firearms and enacts provisions that require the registration of serial numbers of firearms included on a list of weapons defined in the legislation as “assault weapons”

“In light of tonight’s bill signing by Governor Pritzker, law-abiding gun owners will be impacted yet again by the loss of their Second Amendment rights. In the United States of America, we have inalienable rights that are enumerated in our founding documents. These include our Second Amendment rights. Our nation’s founding documents protect rights that are sometimes unpopular. We protect the freedom of speech because sometimes, speech is unpopular. We protect the freedom of religion because some religions are not popular. We protect the freedom of the press, because sometimes, the press is not popular. The rights that we as Americans are promised in the Declaration of Independence and granted in the Constitution have been violated by the passage of this legislation and the signing of it by Governor Pritzker. The Illinois State Rifle Association has promised legal action aimed at stopping the implementation of this law. I support their effort and look forward to a favorable outcome for law-abiding gun owners.”

You can listen to Rep. Windhorst's arguments here.