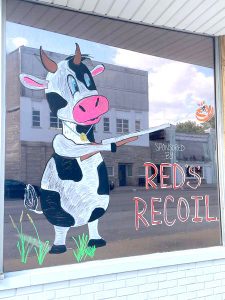 You know Dairy Days are coming when people start painting on the shop windows in downtown Norris City. The theme "Celebrating our Champions" refers to the athletes that compete in NCOE's many sports events. Although not an official event of the Dairy Day committee, the week's fun starts off with the local Christian community sponsoring a musical praise event at 5 p.m. on Thursday night behind  the United Cumberland Presbyterian Church.  A full evening of special music is slated with Katie Naas and Wade Newton, Breanna Scroggins, Elizabeth Rhinehart, The Roads band, Jared and Denise Karns, Bryan Cowling, and Kaylea Chappelle. Mason Scroggins is the speaker for the evening. Bring chairs or blankets to sit on. END_OF_DOCUMENT_TOKEN_TO_BE_REPLACED 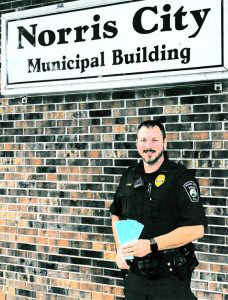 Dairy Day ride tickets have been donated by Kelly Ackerman of Kelly’s Quick Stop in Norris City for children attending the upcoming Dairy Day events. Three hundred dollars in tickets will be distributed by the Norris City Police Department.

Thank you, Kelly, from the community and the Village of Norris City.

Dairy Day kicks off tonight with food vendors, rides, music, and the Dairy Day pageant contests. Most everything starts at 5 p.m. The museum will be open and the cake walk starts at 5:00 p.m. At 6:30 p.m. the baby boy and girl contests kick off on the main stage, followed by the tot contest, and princess, queen and jr. miss contests. Jared and Hilary Mitchell take the stage in music at 8:00 p.m. followed by Bringing Home at 9:00 p.m. END_OF_DOCUMENT_TOKEN_TO_BE_REPLACED 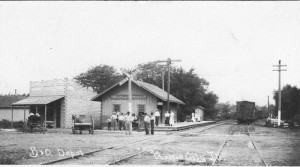 Dairy Day in Norris City was started in 1947, so this year is the seventy-fifth Dairy Day celebration, as well as being the Sesquicentennial (150th) Celebration for Norris City.

The Illinois Department of Agriculture determined from a survey back in the 1940s that farmlands around Norris City were particularly adaptable to dairying, so the organizers of Dairy Day were influenced by this study. END_OF_DOCUMENT_TOKEN_TO_BE_REPLACED

Update 9/16: The quilt show has been cancelled.

Jet Black and the Cadillacs will grace the Dairy Day stage again this year on Saturday night, September 25 starting at 7:00 p.m.

First on the entertainment agenda for Norris City Dairy Day is Jared and Hillary Mitchell, who will take the stage Friday night after the crowning of the new Dairy Day Queen.  Jared&Hillary Mitchell are a husband/wife duo hailing from Norris City Ill. and Destin Fla. END_OF_DOCUMENT_TOKEN_TO_BE_REPLACED 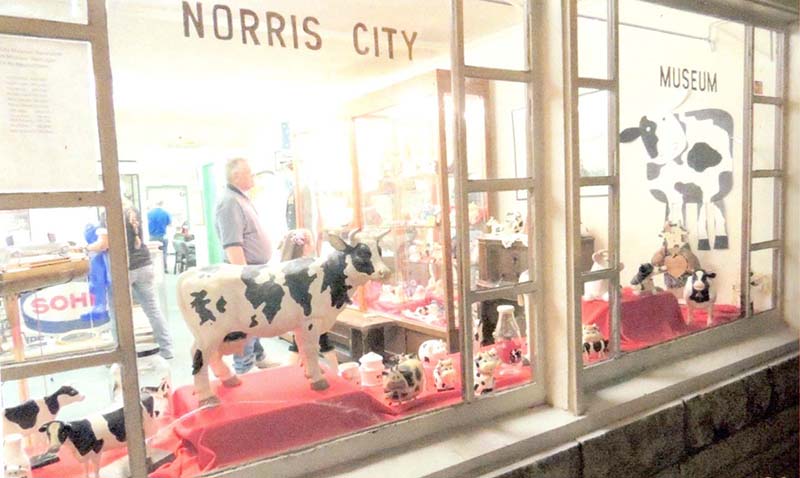 The Norris City Museum window was decked out for Dairy Days.

After a year’s hiatus due to COVID, the Norris City Dairy Day Committee is happy to announce that plans are moving forward for this year’s celebration, which will be held on Friday and Saturday, September 24th and 25th. With this being Norris City’s sesquicentennial year (150), the theme chosen for this year’s festival is “Looking Back, MOOving Forward.” END_OF_DOCUMENT_TOKEN_TO_BE_REPLACED