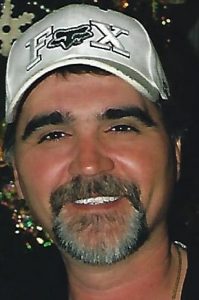 Ricky D. Musgraves, 48, of Norris City passed away at 10:20 p.m., Friday, May 10, 2019 at the Linda E. White Hospice House in Evansville, IN.  He was born on June 9, 1970 in Carmi, IL the son of John and Anna (Abbott) Musgraves.  Ricky married Tammy M. Williams on December 31, 1988. He was a truck driver for WSI in Mt. Vernon, IN.  Ricky loved being outside, especially camping, fishing and riding his ATV.  He also enjoyed working on small motors.
Ricky is survived by his wife of 30 years, Tammy; two daughters, Shalene (Brandon) Walker of Norris City and Molly Musgraves of Crossville; his mother, Anna Musgraves-Flowers of Carmi; five grandchildren, Sophie, Lennox and Carter Walker and Matthew and Marcus Clark; a sister, Donna (Lyndon) Sanders of Norris City; and a brother, Gary (Brenda) Musgraves of Norris City.  He was preceded in death by his father, John Musgraves and a brother, Jerry Musgraves.
Funeral services for Ricky D. Musgraves, 48, of Norris City  will held at 10:00 a.m., Wednesday, May 15, 2019 at Campbell Funeral Home in Norris City with Pastor Chris Marsh officiating.  Burial will be in Union Ridge Cemetery near Norris City.  Visitation will be Tuesday from 5:00 p.m. until 8:00 p.m. at Campbell Funeral Home in Norris City.  Memorial contributions may be made in Ricky's memory to Campbell Funeral Home to assist the family with funeral expenses and will be accepted at Campbell Funeral Home.

$2 GIVES YOU ONE DAY ACCESS to the website and all the yard sales in Norris City. Yard Sale information schedule will be ready by Thursday at 5 p.m.