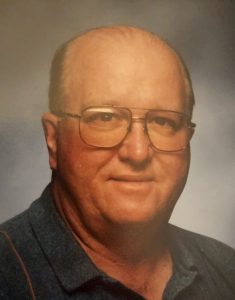 Jerry Patton, age 77, resident of Shawneetown, Ill., passed away at 1:55 a.m. Thursday, December 22, 2022 at Deaconess Midtown Hospital, Evansville, Ind. Jerry was born April 23, 1945 in Shawneetown, Ill., the son of Lawrence and Alice (Brazier) Patton. On January 28, 1972 he married THE LOVE OF HIS LIFE, Agnes "Aggie" Rider at St. Patrick's Catholic Church at Ponds Settlement. Aggie preceded him in death on June 27, 2020, and left an
unfillable hole in his heart that remained unfilled till his last breath Thursday. To this union was born one son, Michael Patton. He and his wife Holly and grandson Trace Cooper (who was the apple of his grandparents' eyes) also live in Shawneetown.