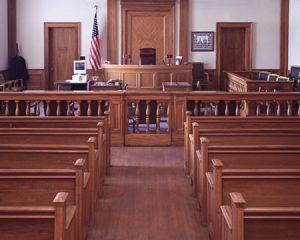 The following press release is posted for those who may be concerned about what the new criminal laws mean for the community. This act goes into effect January 1, 2023 and law enforcement is preparing for it.

The Illinois Supreme Court Pretrial Implementation Task Force (Task Force) will host a series of monthly town hall meetings starting on June 23 at 4 p.m. via Zoom. These meetings will update court stakeholders on the work of the Task Force as it prepares for the changes coming once the Pretrial Fairness Act (PFA) goes into effect on Jan. 1, 2023, and answer questions regarding the PFA. This legislation, passed as part of the SAFE-T Act, abolishes the use of cash bail in pretrial release decisions on Jan. 1 and establishes new processes for pretrial release and detention decisions.

“The Task Force and its subcommittees have been hard at work preparing for the coming changes to the pretrial system,” Chief Justice Anne M. Burke said. “It is a collaborative effort and we need everyone’s constructive thoughts and solutions for this to be a success.”

The Task Force is committed to preparing all justice system partners throughout Illinois to implement the requirements of the PFA by its January 1 effective date. It continues to work toward having a fully functioning statewide pretrial services system with safe, consistent and quality practices. To accomplish this, the Task Force, its subcommittees and other AOIC working groups are partnering with national, state and local experts including the Center for Effective Public Policy and Justice System Partners. The Task Force has created six subcommittees: Communications, Education and Training, Legislation, Pretrial Assessment Tools, PFA Guidelines and PFA Pilot Sites. The subcommittees are made up of over 100 members from around the state and include judges, sheriffs, police chiefs, state’s attorneys, public defenders, circuit clerks, pretrial officers, domestic violence advocates, victims’ rights advocates, community members with lived experience in the pretrial system, trial court administrators and researchers.

The work of the subcommittees is well underway. The Pilot Sites subcommittee has selected Kane County (16th Circuit), Franklin and Gallatin Counties (2nd Circuit) and Hancock and McDonough Counties (9th Circuit) and established technical assistance focus areas. The Guidelines subcommittee has established six pretrial decision points to focus its efforts: Arrest, Pre-Arraignment, First Appearance, Release Conditions, Detention Hearing and Revocation/Modification of Pretrial Release. Updates from the other subcommittees will be delivered at the June 23 town hall.

The Illinois Supreme Court’s work on Pretrial Practices is now in its fifth year. The Court created the Commission on Pretrial Practices (Commission) in 2017. The Commission, which featured multidisciplinary representatives from all three branches of government, studied best practices in use around the country, consulted national pretrial reform experts, listened to stakeholders at public hearings throughout the state, and analyzed myriad sources of academic and professional analysis of pretrial issues. After more than two years of investigation and discussion, the Commission created a Final Report.

The Task Force was created in 2020 to prioritize and implement the report’s 54 recommendations and help prepare the justice system for Pretrial Fairness Act. The Hon. Robbin Stuckert (ret.) serves as Chair of the Task Force.

“We have a little over six months before the PFA goes into effect and the clock is ticking,” Judge Stuckert said. “We look forward to sharing the progress of the subcommittees and receiving feedback at the town halls.”

Future town hall meetings are scheduled for the third Thursday of the month at noon: July 21, August 18, September 15 and continuing into 2023. Any questions regarding the town halls and the work of the Task Force can be sent to pretrialtaskforce@illinoiscourts.gov

(FOR MORE INFORMATION, CONTACT: Chris Bonjean, Communications Director to the
Illinois Supreme Court at 312.793.2323 or cbonjean@illinoiscourts.gov.)