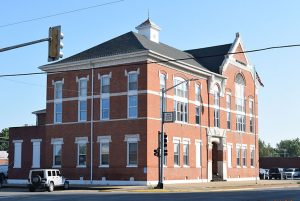 Former ISP patrolman Jeff Knight was again in attendance at the White County Board meeting last night, stating that nothing has yet been resolved with the Supervisor of Assessments office and that he still needs a flood plain permit. He asked if official misconduct could be charged against the supervisor. Knight appeared at the October board meeting and said he had been trying for over a year to get the permit, saying that the state informed him he needed it for his new construction.