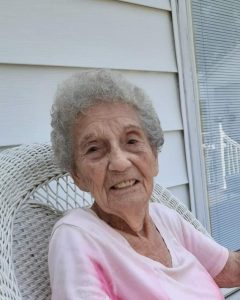 Delilah Ann Patton, 95, of Enfield passed away on Monday, December 26, 2022 at her home. Delilah was born April 2, 1927 in New Haven to Lee Wilkerson Kennedy and Lillian Rose (Travelstead) Kennedy. She attended Ridgway and Norris City Schools. In 1946 she married Lehman Aud of Herald. From this union, they had two daughters Deanna and Deborah. After Lehman's passing in 1978, she married Paul Flannigan of McLeansboro. Upon, Paul's passing in 1987, she married Paul O. Patton of Merriville, Indiana, where they made their home until his passing in 2001.