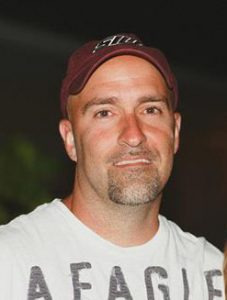 Jesus was an innocent man who was sentenced to death for sins He didn't commit, and yet He laid His life down willingly. The day before He died, he wrestled with it and asked God if there was a Plan B, or maybe Plan C ...... anything other than face the torment, scorn, shame, crucifixion and bearing the weight of sin from all of mankind. But He laid it down in obedience, and it impacted all of mankind. END_OF_DOCUMENT_TOKEN_TO_BE_REPLACED 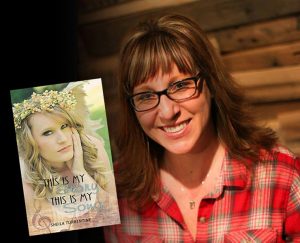 I just love it when I wake up from a great dream that I am excited to research, but this morning as my day was beginning, Holy Spirit gave me an unusual word…KUMBAYA. Kumbaya? Where in the world did that come from? The reason I know it was the Holy Spirit was because it was so random. This is how I discern what is of me, and what is of God…if it is not something I would normally think of or something I would even say. END_OF_DOCUMENT_TOKEN_TO_BE_REPLACED

It's been said that a rising tide lifts all boats, and I believe now is the time for the tide to rise - with you being the tide...... END_OF_DOCUMENT_TOKEN_TO_BE_REPLACED 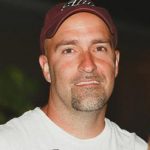 If you’re like me, I’m guessing you ate your fair share of meals during the recent holidays. Through this food-o-rama, I’ve been reminded how much God loves good meals, feasts and banquets. END_OF_DOCUMENT_TOKEN_TO_BE_REPLACED

It’s been said that one man’s trash is another man’s treasure......

There are treasures I have that are invaluable to me, but they’re not man-made. These treasures were given to me during the hardest and darkest times of my life; there’s no price you can put on them, and there’s no taking them from me. They were a gift – just for me. Twenty-three years ago today as I held my stillborn son, there’s nothing good that would come from this, or at least what I thought in that moment. The truth is, that experience provided some of the greatest treasures I have ever found in my life.

END_OF_DOCUMENT_TOKEN_TO_BE_REPLACED

As I was driving down the road a couple of days ago, I noticed some hay in the field. There’s something about a hay field that stirs me.

END_OF_DOCUMENT_TOKEN_TO_BE_REPLACED

I have recently gone through some adversity. And on a scale of A to F, I think I got an F!

Here’s the deal: A three day fast was announced to pray for the new administration. I joined it, BUT on Thursday, the first day, I started developing  a very bad case of tendonitis in my left shoulder and arm. (Imagine that.) On Friday, the pain was excruciating and I could not go to work. I did a little bit of work on the computer here at home, then went to the family clinic in the afternoon for help with the pain. The pain continued over the weekend, and it was Tuesday before I woke up with a measurable amount of relief from it. Throughout, I did some fasting, but not a lot of praying about anything but my arm! Pain can make me so SELF-centered (which I believe it is intended to do). Yes, I believe powers of darkness were involved in this situation to divert me from praying about the focus of the fast which was the problems the new administration has been having. Are powers of darkness that focused and specific? I do believe they are. Read the book of Daniel. Daniel prayed a prayer in Daniel Chapter 10 that was delayed due to intense warfare from such powers. It took extra help from an extra angel to get the answer to Daniel. Amazing!

This reminds me of another time many years ago when I was preparing to go to an all night prayer meeting that I really wanted to attend. I went to take a short nap before leaving that night, and lo, and behold, I woke up with an unidentified fever. I knew it was spiritual forces trying to stop me, so I went anyway. I spent the night on a cold, concrete floor, praying and shivering, but battling through it. Others prayed for me also, and around 3 a.m., the fever broke and I was back to normal. And glad I didn’t let that stop me!

The Bible says, “If you faint in the day of adversity, your strength is small.” Proverbs 24:10. I think my strength has diminished and I need to do some exercises.

We hit the arts & crafts festival at New Harmony last weekend although it’s really not my shtick. However, it was better than sitting on my mower all afternoon, so off we went.... Our last booth stop was the most significant as Jadeyn wanted to check out the kids’ pottery, and as we stood in front of the booth, this scripture began rolling in me. It was a cool hands-on experience, and yours truly had a crack at it as well while helping Ayven.