The American Beauty salon on the corner of Main and Division Streets suffered major damage on the evening of Sunday, March 7 when a 2011 Chevy Cruze, driven by 32-year-old Michael J. Worth of Eldorado, crashed into the front of the building at 100 S. Divison. Worth said he fell asleep and went through the intersection, hitting the building. Worth's eight year old daughter was in the car with him. There were no injuries reported. Worth has a court appearance on April 13. 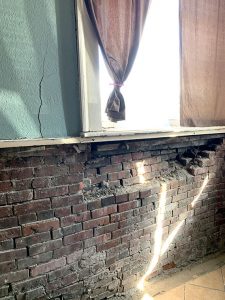 Inside view of the damage to American Beauty Salon.